Industrial crops can provide abundant renewable biomass feedstocks for the production of high added-value bio-based commodities (i.e. bio-plastics, bio-lubricants, bio-chemicals, pharmaceuticals, bio-composites, etc.) and bioenergy. They can be broadly categorised as oil, lignocellulosic, carbohydrate or specialty crops. Most of them are multipurpose crops offering the opportunity to follow a cascade bio refinery concept to produce a number of value added bio products and bioenergy, thus feeding the bio based economy.

In recent years, a debate has emerged regarding food security and land use for bioenergy/industrial non-food crops. Cultivating industrial crops on marginal land unsuitable for food production is consistently proposed as a viable alternative to minimize land-use competition for food production, and its adverse effects (direct or indirect) on food security, land based GHG emissions and biodiversity loss.

Several studies agree on the existence of a considerable extension of land in Europe deemed less favourable for conventional agriculture. This land has been either abandoned because of its productivity, or it is used as grassland. MAGIC is based on the premise that cultivation of selected industrial crops on areas facing natural constraints (e.g. extreme climatic conditions, low soil productivity, steep slope, etc.) can i) ensure the production of resource-efficient feedstocks, with low indirect land-use change (iLUC), for a growing bio-based industry, and ii) increase farmers’ incomes through access to new markets and the revalorization of marginal land. It has been estimated that as many as 2.5 million potentially contaminated sites exist across Europe, whose management cost (81% only for remediation) is about € 6.5 billion per year. In MAGIC, contaminated and degraded soils will also be included as it is well documented that the proportion of these land-types is increasing due to anthropogenic activities. Contaminated soils cannot be used for food or feed production for sanitary reasons and thus provide great potential for the production of biomass for material or energy use.

In this context, MAGIC aims towards the development of resource-efficient and economically profitable industrial crops to be grown on marginal land. In the long term, this strategy will foster the sustainable development of the EU bio-based economy and will contribute to achieving EU energy and climate targets. 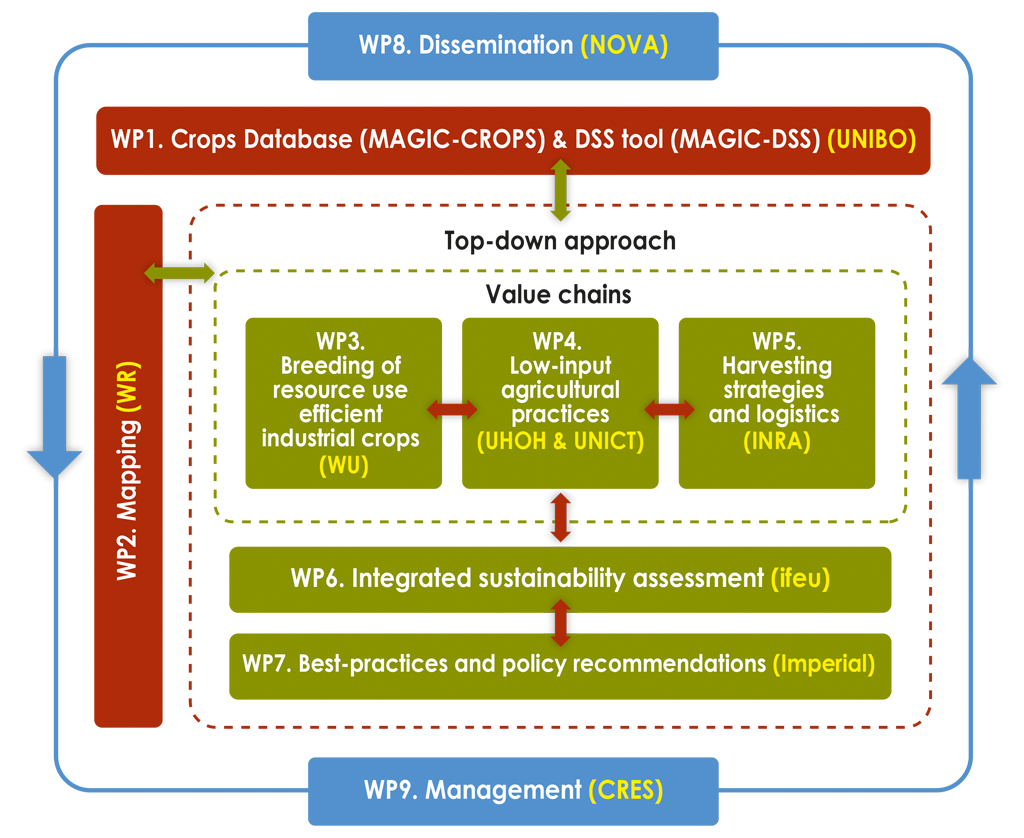